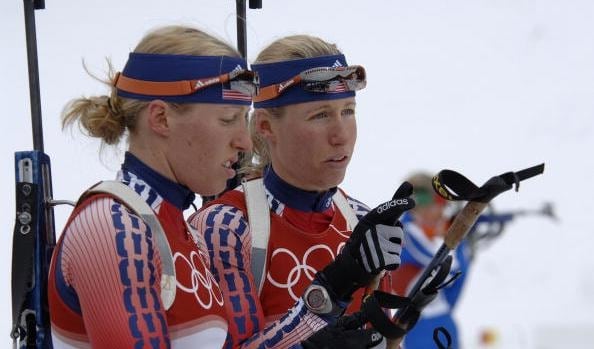 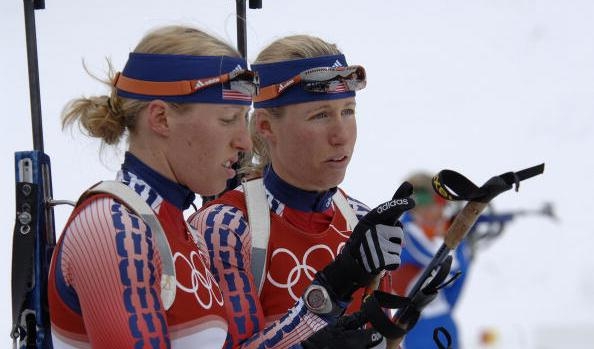 Tracy Barnes trained hard, for years, in the cold and snow in one of the most rigorous and least understood Olympic athletic events, the Biathlon. The Biathlon is adiabolical sport where the athlete cross country skis, driving up the heart rate and demonstrating incredible strength, endurance and speed, and then suddenly stops, takes out the rifle they are carrying on their back, and then must calm themselves down, slow the heart rate, and focus intently to shoot at multiple targets. Miss the shot and the athlete is assessed a penalty lap.

There is no professional biathlon league. The epitome of the sport is the Olympic Games. Tracy Barnes earned a spot on the team. She then did the unthinkable; she stepped aside to allow the next athlete in line to go instead of her. That woman happened to be her twin sister, Lanny Barnes. Lanny was sick over that weekend. She missed three of the final four selection races. She was the sixth athlete, five make the team.

Tracy, is five minutes younger than her sister. She knew the weight of her decision, but she had made up her mind. “Love is selfless dedication. “ She further stated, “Love means giving up your dream to someone else can realize theirs”. Tracy told Lanny what she had decided during a hike on the mountain after the races. Lanny protested, but Tracy’s mind was made up. Lanny had been having a great year, and then got sick at a very inopportune time.

“The Olympics are about more than just winning gold, or even competing,” Tracy said. “They are about friendship, cooperation, sacrifice, and a whole host of other things. Lanny is my best friend and my teammate. I see how hard she works on a daily basis, so I know firsthand that she is deserving of a spot on the Olympic Team. If I can be the one to give her that opportunity, than that is an honor and a sacrifice that I am willing to make.”

Lanny stated, “I think that her selfless act encompasses what an Olympian truly is,” according to US Biathlon. “Often times during the hype of the Games we forget what the Olympics are really about. They aren’t about the medals and the fame and all of that. The Olympics are about inspiration, teamwork, excellence and representation. I can think of no better example of the true Olympic spirit than what Tracy.”

Lanny, who has trained with her twin for 15 years, relished the opportunity.

“It’s not every day that you are given a second chance like this,” Lanny said. “I thought my chance at the Olympics was over, but now I’ve got a second chance and will do everything I can to bring honor to her and our country in Russia.”

In the 2014 Olympic 15 Km individual biathlon: Lanny Barnes finished 64th out of 78th, four did not finish.

The Barnes sisters could not have made a clearer statement about what dedication, sacrifice, and love is all about, in Olympic proportions.