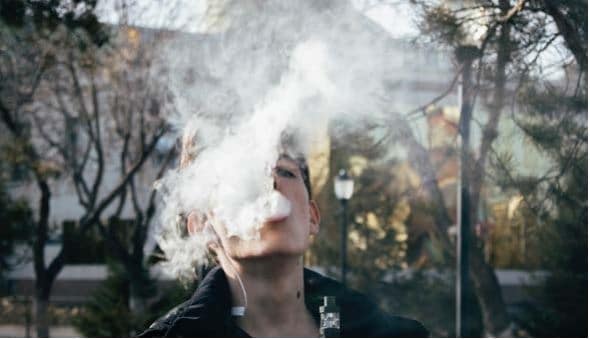 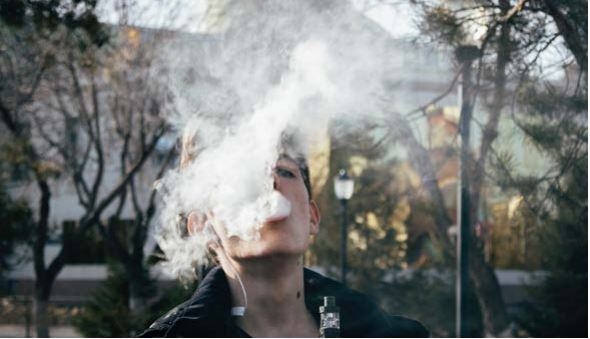 The Surgeon General of the United States has declared that vaping is an epidemic among U.S. teens.

An epidemic refers to an increase, often suddenly, in the number of cases of a disease above what is normally expected in that population in that area. A pandemic refers to an epidemic that has spread over several countries or continents, usually affecting many people.

Vaping is the act of inhaling and exhaling the aerosol, often referred to as vapor, produced by an e-cigarette or similar device. The term is used because e-cigarettes do not produce tobacco smoke, but rather an aerosol, often mistaken for water vapor, that actually consists of fine particles. Many of these particles contain varying amounts of toxic chemicals, which have been linked to cancer, as well as respiratory and heart disease.

“Many teenagers and young adults report that ENDS flavors are a compelling reason why they try—and then continue to use—these products. This is very similar to the old tobacco sales strategy of making candy cigars and cigarettes.”

The e-liquid in vaporizer products usually contains a propylene glycol or vegetable glycerin-based liquid with nicotine, flavoring and other chemicals and metals, but not tobacco. Some people use these devices to vape THC, the chemical responsible for most of marijuana’s mind-altering effects, or even synthetic drugs like flakka, instead of nicotine.

The newest and most popular vaping product is the JUUL, a small, sleek device that resembles a computer USB flash drive. Its subtle design makes it easy to hide, which helps explain why it has become so popular among middle and high school students. It now accounts for about 72 percent of the market share of vaping products in the United States, and comes in several enticing flavors like; crème brûlée, mango and fruit medley. Every JUUL product contains a high dose of nicotine, with one pod or flavor cartridge containing about the same amount of nicotine as a pack of cigarettes According to the National Youth Tobacco Survey (NYTS) released by the U.S. Centers for Disease Control and Prevention (CDC) and the Food and Drug Administration (FDA), e-cigarettes have been the most commonly used tobacco product among youth since 2014. In 2018, 20.8 percent of high schoolers and 4.9 percent of middle schoolers reported current use of e-cigarettes. From 2017 to 2018, e-cigarette use increased by an alarming 78 percent for high schoolers and 48 percent for middle schoolers. Over 3.6 million high school and middle school students currently use e-cigarettes. The increase in e-cigarette use has driven a 38 percent increase in use of any tobacco product among high school students (from 19.6 percent in 2017 to 27.1 percent in 2018).

The same survey found that among those students who had used e-cigarettes in the past 30 days in 2018, 27.7 percent of high schoolers and 16.2 percent of middle schoolers were frequent users of e-cigarettes, using e-cigarettes on at least 20 of the preceding 30 days. This amounts to more than 900,000 middle and high school students who were frequent users of e-cigarettes. The American Medical Association and other medical organizations have called on the FDA to act. Under the Family Smoking Prevention and Tobacco Control Act, the FDA has authority to regulate all tobacco products, including electronic nicotine delivery systems (ENDS) such as e-cigarettes.

Many teenagers and young adults report that ENDS flavors are a compelling reason why they try—and then continue to use— these products. This is very similar to the old tobacco sales strategy of making candy cigars and cigarettes.

Big tobacco recognizes opportunity when it sees it. Tobacco giant Altria (formally Philip Morris), recently invested $12.8 billion in JUUL, taking a 35% stake in the company. As part of the deal, Altria agreed to give top-shelf space so JUUL pods are displayed alongside Altria’s Marlboro cigarettes. It will also help JUUL with its distribution and logistics, including Altria’s sales organization that covers about 230,000 retail locations. The deal will also likely help JUUL navigate legal and regulatory challenges.

Criticism of the deal was swift. Campaign for Tobacco-Free Kids President Matt Myers called the combination a “truly alarming development for public health.”

“There is no longer any question that JUUL has been the driving force behind the skyrocketing youth e-cigarette epidemic that has teens and families across the country struggling to deal with nicotine addiction,” Myers said, “JUUL’s growth has been powered by its success in addicting kids, and the company’s owners have just become billionaires as a result.”

We have recognized what vaping is, a powerful tool for addiction and subsequent disease. We know the origin of the disease, and how the epidemic is spread. It is now time as medical professionals to act. Individually, we can act by talking with our patients. Many patients and their families do not even know there are nicotine and other toxic substances in the vaping liquid. We can act on a larger public health platform, both locally and nationally. Organized medicine is poised to intervene in this capacity. Please be part of the solution. Please help us combat this epidemic.