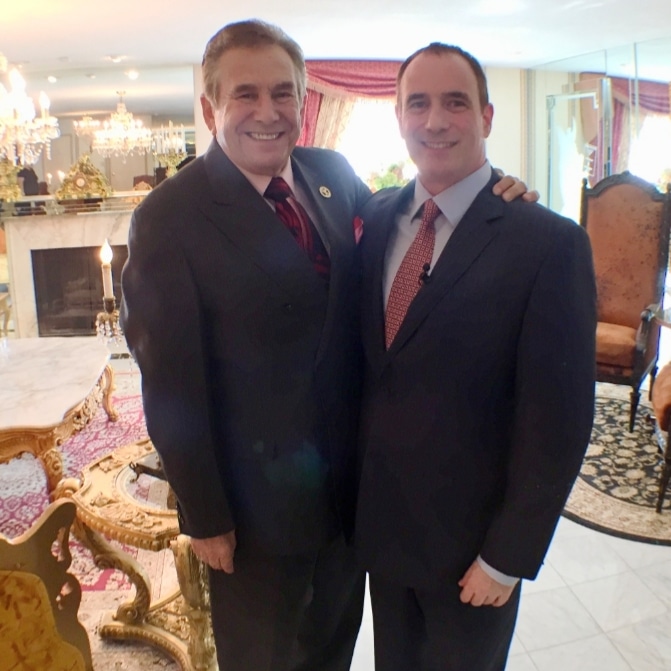 Recently we heard the news of the passing of Steve Schorr. In a year that gave us a tremendous amount of consternation, this news was well described as a sucker punch to the gut. Our hearts go out to his family who we thank for sharing him with us for decades.

A Natural Who Worked Hard.

He had a voice for radio, (a booming baritone), that allowed him to be the voice of the Ford Motor Company and Johnson and Johnson. He had a face for television, (matinee idol good looks). He also worked hard at his craft. He would broadcast the news, and then sit down afterwards to watch and critique it, (like game film), noting where he could have gotten it, “maybe just a bit better.” This was unheard of at the time. He garnered numerous awards for his journalism, including two Emmy’s, and was enshrined in the inaugural class of the Nevada Broadcasters Hall of Fame.

As a reporter, anchor, and news director, he worked hard to get the news, and moreover get it right. He wrote stories and broke news that no one else would dare write. As he told it, one of these stories almost got him thrown off a roof in Philadelphia, (by the Mayor, no less).
He was the face on the evening news in Las Vegas for decades. It was a time where journalists gave you the facts, and then you made up your own opinions. You did not have to go to multiple news sources to figure out where the truth was.

He told us what was happening in our community, and that made us all better citizens.
He was more than that.

He was completely intertwined with Las Vegas. First as a journalist and reporter, he got to know every detail of the city. Later, he was an indefatigable supporter of charity and good works. At one point, he was on no less than 20 charitable boards. He garnered multiple national awards for his efforts including the American Heart Association‘s Heart of Gold Award, the Glenn Smith Humanitarian Award from Opportunity Village, and Points of Light Awards from two Nevada Governors. Steve also received Lifetime Achievement Awards from the U.S. Justice Department and the National Center for Missing and Exploited Children for his efforts to protect children from abuse and abduction. Nevada Child Seekers named him Man of the Year for his lifetime efforts on behalf of all youth.

He was vice president of COX communications, and helped lay down the foundation of our communication systems, (cable, broadcast, information), in Las Vegas for 25 years.

His life had tragedy as well. The death of his son, David, left an indelible impression on him. It was his son’s pin that he always wore on his lapel.

.
A not-so-well-known fact about Steve is that he was once the Fire Chief in Camden, New Jersey. Another dark day for him was the night of a terrible fire. Four of his firefighters perished that night. It hit him hard, as he looked at them as part of himself.

He was like that. He adopted the city and the people who made it up.

For all his efforts, an elementary school was named after him. This is absolutely extraordinary, as well as absolutely fitting. He visited the school at least every week. Saying that he had to be there for “his kids.” He would read to the children, encourage them, and be an inspiration to them, (as well as the rest of us).

Years later, I had the good fortune to be interviewed by him for his show, “Under the Las Vegas Sun.” He could not have been nicer, more accommodating, or more professional. He still asked probing questions, and then followed up on them. We spoke about so many things, Philadelphia, Las Vegas. Broadcasting. Medicine. Sports. Family. The filming crew had to remind us that we had an interview to get done. We then spent time chatting afterwards as well.

I was fortunate enough to become his friend. This meant that you became part of his family. He would call every so often, just to check-in and see how things were going. No pretense. No agenda. Simply and earnestly wanted to see that all was okay. You got the feeling that he was always rooting for you.
Rarely do you get to have in your life someone who restores your faith that there are people out there constantly working for good. He was a real force for good, and will be missed terribly.

For those who would like to give back to the community Steve so loved, his family suggests donations to Steve Schorr Elementary School PTA for the Steve Schorr Memorial Fund at www.schorres.com and/or The Animal Foundation www.animalfoundation.com.