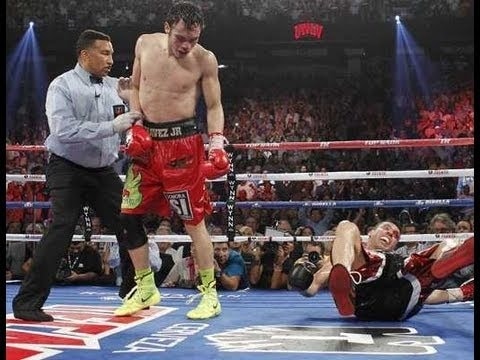 As many of my patients, friends and blog readers know, I continue to be a huge fan of professional boxing. As a long-time Las Vegas resident I have had the opportunity to attend a number of phenomenal fights. As a physician I have been blessed with the privilege and honor to offer my medical expertise at many Las Vegas bouts as a post-fight plastic surgeon. I primarily tend to fighters associated with Bob Arum’s Top Rank Boxing. It truly has been a dream come true to combine my passion for boxing with my professional experience as a plastic surgeon. I have been fortunate with every opportunity I have had, as the fighters I have worked on have all been true champions. Manny Pacquaio and Juan Manuel Marquez, the two men who will collide in the ring Saturday, December 8th at the MGM Grand Garden in Las Vegas, are excellent examples of real champions who have demonstrated continued excellence at their chosen profession.

This is the fourth confrontation for these pugilists. The previous three bouts have been excellent fights with amazing demonstrations of skill and perseverance. The decisions were very close calls in every fight. The first ending in a controversial draw, (despite Marquez being knocked down three times in the first round), the second finishing with a split decision favoring Pacquiao, the third ending in a controversial majority decision in favor of Pacquiao.

There have been only a handful of fourth bouts between fighters.  Any time two fighters collide four times it is a testimony to the keen fan interest in the individuals and what they bring out of each other in the boxing ring. It has been said that Marquez just “has Pacquiao’s number”. Marquez’s counterpunching technique has frustrated Pacquiao at times. Some say that this has encouraged Mayweather’s confidence in taking on Pacquiao, if they ever fight, but that is another story for another day. The current  fight between Marquez and Pacquaio is already shaping up to be another classic.

Following the decision in Pacquiao vs. Marquez II, I was called upon to treat the wounds of Manny Pacquiao. Marquez was attended to by the late Dr. Frank Ryan. The fact that both men had to be sewn up after the second fight by plastic surgeons should serve to underscore the intensity of the upcoming contest.

Juan Manuel Marquez, a former champion and veteran fighter, insists that he won the previous three encounters. Marquez believes the judges’ decisions have cost him the biggest fights in his career. He has been training hard for this defining moment in his career. He believes that this will be the time that he prevails, and proves that he beat his rival once and for all.

The other pugilist takes exception to Marquez’s viewpoint. Filipino Congressman Manny Pacquiao already is a true octuple champion with a record eight titles in eight different weight classes. Manny Pacquiao believes that he won the previous three encounters, and the ringside judges agreed. Pacquaio is coming off his own controversial loss to Bradley. Some say that Pacquiao has looked less intense than in the past. Pacquiao insists that we will see the “hungry Manny” in the ring for this contest.

There continues to be intense interest around this fight. Overall, most agree the advantage has to go to Pacquiao. That being said, Marquez is a seasoned veteran. He is crafty, well prepared, and ready for the fight of his career. If the past is any indication, we have a serious contender for the fight of the year on our hands.

It is clear that both men know what is at stake, and both do not want to leave it to the judges.

I hope that no one will need the services of a plastic surgeon after the fight.

Best wishes to both fighters. I can’t wait for Saturday night’s bell…