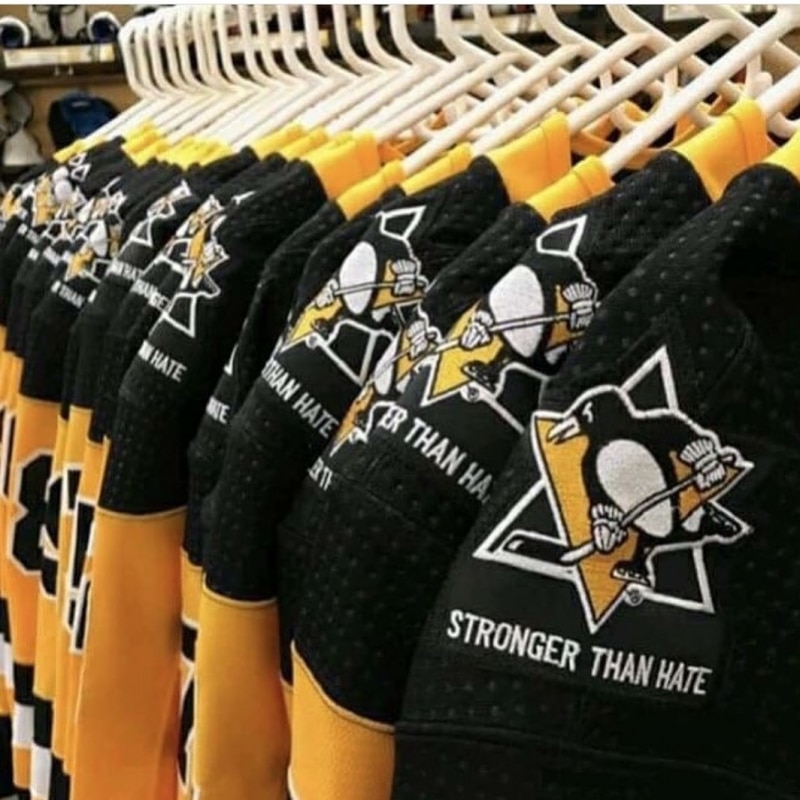 In the aftermath of the horrible shooting at a Pittsburgh synagogue, the professional sports teams have led the way in the healing process.

The Pittsburgh Penguins added to their logo, forming a Star of David, and adding the words, “Stronger Than Hate.”  These jerseys were worn in a game and are going to be raffled off to raise money for charity.

It was reported that over 100 Pittsburgh Steeler players, coaches, and staff attended funerals on their off day.  The team’s Head Coach, Mike Tomlin, lives 800 yards from the shooting scene.

Quarterback Ben Roethlisberger put it into perspective as he said that it may have given folks three hours of respite, but he reflected on the situation and the funerals,  “It was tough, it was crazy tough, especially with Michele, (a former Steeler staff member and sister of two of the victims), and the closeness we have with her,” Roethlisberger said last Sunday. “We’re thankful for the victory, but we all understand, there are bigger things, there’s life.”  This week he wore shoes that had the aforementioned modified logo and phrase.

It is our hope that their sports teams will be the light that will help heal the city as the Vegas Golden Knights were to Las Vegas.

One More Photo: Front Page of the Pittsburgh Post-Gazette.  Headline in Hebrew.  These are the first words of the Jewish mourners’ prayer.