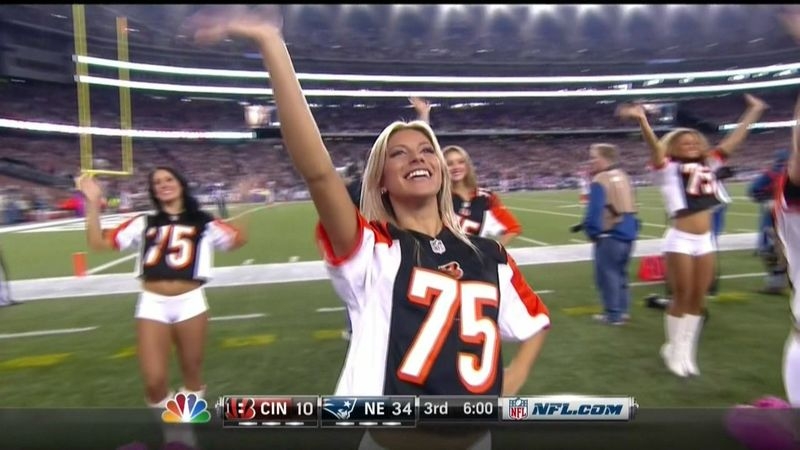 You may know the story by now of Cincinnati Bengals football player Devon Still. His 4 year old daughter, Leah, is battling stage 4 cancer.

Still admitted in the preseason his daughter’s condition prevented him from devoting 100 percent of his focus on football. The Bengals did something incredible: they  cut him from the team, but then signed him to the practice squad so that Still continued to receive health insurance and could travel to see his daughter in Philadelphia on weekends.

The team then went a step further. They announced that all proceeds from anyone buying a Devon Still (Number 75) Jersey from their fan store will be donated to Cincinnati Children’s Hospital and pediatric cancer research. Hundreds lined up to purchase the jerseys.

Still had been on the Bengals’ practice squad since the end of the preseason but was signed back  on to the Bengals active roster. His first game back was away at New England. During a timeout in the third quarter, the New England Patriots showed a video of his daughter. They then cut to an obviously moved Still who had a tear running down the “Leah Strong” eye-black that he was wearing.

The New England Patriot Cheerleaders were all wearing his Jersey as a tribute to Leah Still.

“It was very emotional,” Still said. “Every time I see a video like that and get a reminder of what my daughter is going through and what those other kids are going through, it’s definitely hard to fight back the tears.”

It is heartwarming that when confronted by tragedy, so many opted to do the right thing, and help this little girl, and others like her, fight these horrible diseases.