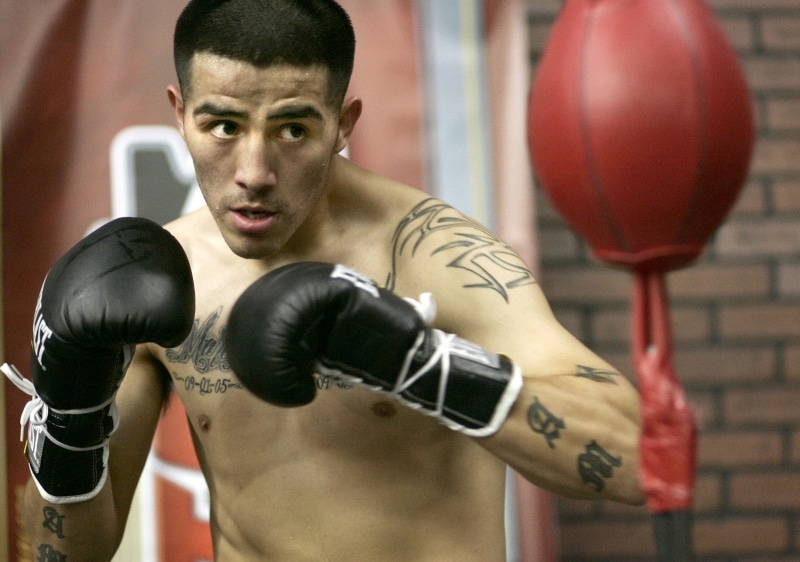 As many of my patients, friends and blog readers know, I am a huge fan of professional boxing. As a long-time Las Vegas resident I have had the opportunity to attend a number of amazing fights, and as a physician I have been blessed with the privilege and honor to offer my medical expertise at many Las Vegas bouts as a post-fight plastic surgeon. I primarily tend to fighters associated with Bob Arum’s Top Rank Boxing. It truly has been a dream come true to combine my passion for boxing with my professional experience as a plastic surgeon. I have been fortunate with every opportunity I have had, as the fighters I have worked on have all been true champions.

The last fight on October 13, 2012 was an absolute classic, and in my opinion the fight of the year.  At the time both fighters were undefeated and fought toe-to-toe for seven thrilling rounds. The fight was full of dramatic momentum shifts with the pugilists barely escaping the rounds on wobbling legs. There were many notable parts of the fight. One that stands out was when the two fighters stood forehead pressed against forehead slugging it out rock’em-sock’em robots style. Here was the most outstanding thing for me, (and Compubox confirms), there was not one clinch the entire fight. At the end of the fight, while in the ring, both fighters said that if the fans wanted it a rematch, they would do it again. Well, here we are.

The first fighter is Brandon Rios (31-0-1, 22 KO’s). He fights out of Oxnard CA. He is the former WBA lightweight champion. He is contending for his second title in a second weight division. He has won 11 of his previous 13 fights by knockout. Fans love his all action style. His latest victory was over Alvarado. Alvarado is a natural 140 pound fighter, and was then the undefeated WBO junior welterweight contender. By virtue of that victory, Rios is currently rated No. 1 by the WBO. Rios is taking this fight seriously, as he knows that the margin of victory can be razor thin.

The fighter across the ring is Mike Alvarado (33-1, 23 KO’s). He fights out of Denver CO. He had won 10 of his last 13 fights by stoppage. In 2012 Alvarado fought in two Fight of the Year nominated bouts. Despite his loss to Rios by TKO, he still is ranked No. 3 by the WBO. Fans love his style of fighting as well. Alvarado is also taking this fight seriously and is seeking to even the score and avenge his loss.

Both men know and respect each other’s prowess. They know that they must train hard and bring everything they have to the ring. They have a mutual respect for each other, and a mutual desire to leave the other guy on the canvas. This fight has all the makings of another classic. Everyone involved thinks the fans will be getting what they came to see.

I hope they don’t need the services of a Plastic Surgeon.

Best wishes to both fighters. I can’t wait for Saturday night’s bell…