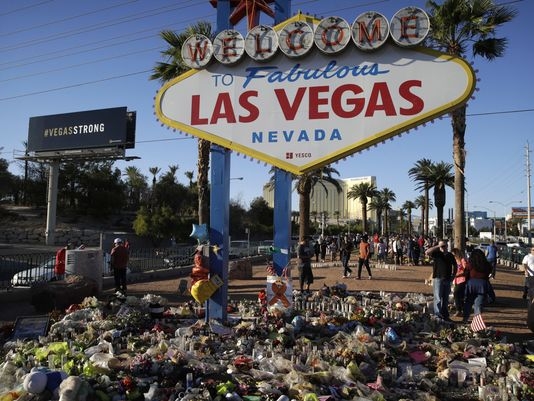 There are so many thoughts that come to mind as we find ourselves at the anniversary of 1 October.

Commitment and preparation years before this tragic event saved lives. We knew that Las Vegas has been a possible target for a large-scale attack for a long time, so plans were made years ago to prevent and mitigate this type of emergency. These plans continued to be updated, but what is of utmost importance is the commitment of the individual to their role, and then their subsequent preparation. This preparation can take years to hone critical skills and decision-making capability. These traits manifested when we needed them most, as physicians, nurses, and support staff knew their role on the team and were prepared to act.

Every person who made it to the hospital with a heartbeat survived. The number of injured were impressive, (851 injured, 422 by gunfire). Medical and support staff answered the call, even if they were not on-call or scheduled to work. Their dedication and response saved lives.

A family reunification and support center were set up. Free counseling was made available to the victims and their families. The Clark County Medical Society reached out to medical societies in communities that had experienced similar tragedies – we wanted to know what they had learned, what they could have done better. Unfortunately, now we and other Las Vegas institutions have received those same phone calls. The world learned that day what we knew all along; that Las Vegas has an outstanding medical community. Our physicians now travel the country and the world to share what we learned from this harrowing experience.

The City with a Heart

One expects trained medical personal and first responders to jump into the situation, but just as impressive were the regular civilians who leapt into action on that night. There are countless tales of heroism and selflessness. Some gave their lives to save others on the concert grounds. Some, despite their own injuries, rendered first aid, evacuated others, and shuttled wounded to the hospital in pick-up trucks.

Many came to help in the aftermath. They offered food, drink, shelter, transportation, even car washes to get the blood off. People waited in line 8 hours to donate blood. A fund was started to help the victims, and millions of dollars poured in. Greg Zanis delivered 58 white crosses to be placed by the famous Welcome to Las Vegas Sign. He did not know anyone in Las Vegas, but he had done this for other cities. Las Vegas gave him a new truck and a trailer.

Around the city, the flags were at half-staff. We had done this before for other tragedies, but I did not ever think it would be for our own city. It was a devastating time — the city that had grown accustomed to taking care of people from all over the world suddenly had to care for its own. Still, even in the tragedy and its aftermath, there was hope. Fred Rogers, host of Mister Rogers’ Neighborhood said it best. He often told this story about when he was a boy and would see scary things on the news:

There was something else my mother did that I’ve always remembered: “Always look for the helpers,” she’d tell me. “There’s always someone who is trying to help.” I did, and I came to see that the world is full of doctors and nurses, police and firemen, volunteers, neighbors and friends who are ready to jump in to help when things go wrong.

They were exactly what we needed, when we needed it. The opening game, with player Deryk Engelland’s words in our ears, and heroic first responders on the ice, started a storybook run. Their exploits allowed us to come together for something positive. When not on the ice, they were in the community; hospitals, schools, and charity events. The first banner they hung in the building has the names of the 58 victims. No Vegas Golden Knight will ever wear the number 58. They continue to honor a first responder each game, and they have permanently woven themselves into the fabric of Las Vegas.

In the Jewish tradition, after a death, the deceased is usually buried within 48 hours. Then there is a one-week period called Shiva — the mourner stays at home, and the community brings food to their house. The mourner is not supposed to think about the regular aspects of life. After this period, the mourner starts to get back into their daily routine. Everyone knows that the mourner is not quite right, and that it will take time to heal. At the one-year anniversary of the death, the mourners and community gather at the grave-site to unveil the headstone, it is at this point that the mourner is supposed to be able to take on their responsibilities.

This is not to say that the dearly departed are not remembered — quite the contrary. They are to be remembered in perpetuity, and their memory is supposed to guide us to do righteous things.

Through this adversity, we have proven to the world, and moreover, to ourselves what we are capable of. When we focus on working together for the betterment of all, we can achieve truly miraculous things.